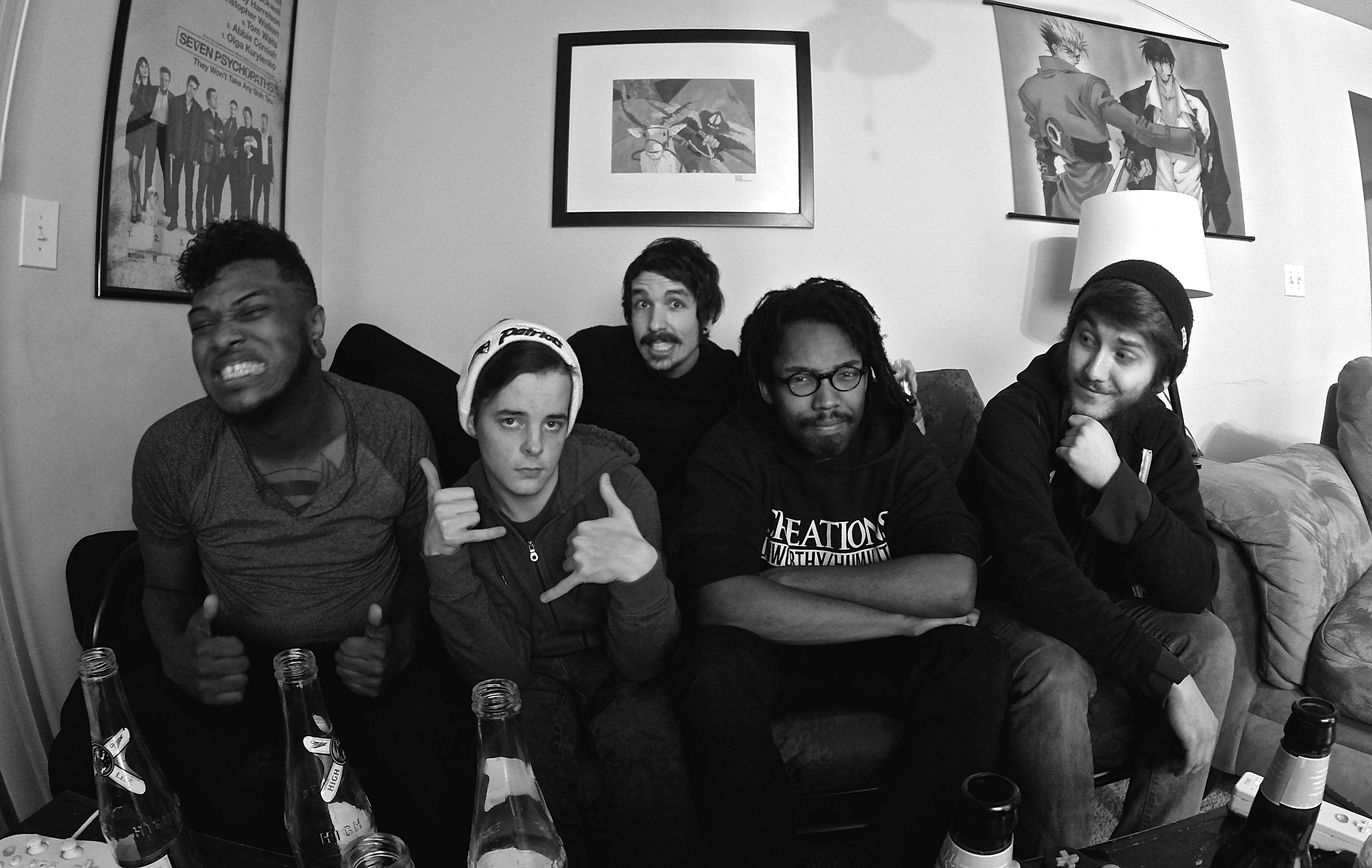 STREAM THE FIRST SINGLE "A POISONED WELL" ON LAMBGOAT

Post-hardcore quintet Greaver will release their debut full-length The Faun on April 29th via Cardigan Records. Today, Lambgoat is streaming the first single "A Poisoned Well" and Cardigan Records have launched pre-orders via iTunes as well as CardiganRecords.com. The record was engineered and mixed Al Jacob at Warrior Sound (He Is Legend, A Skylit Drive) and mastered by Jamie King at The Basement Recording (Between the Buried and Me, The Contortionist).

"We’re incredibly excited to share these 10 new songs with the world and usher in a new era for Greaver," says drummer Travis Hall. "We’ve never been prouder of material we composed together and feel this record pulls from all the unique influences of our 5 members more so than everything we’ve previously released."

Cardigan will be hosting Greaver's album release show at Local 506 in Chapel Hill, NC on April 29th which will include special guests Youth League, Goodbye Titan and Bare The Traveler. Click Here for more info and to purchase tickets. 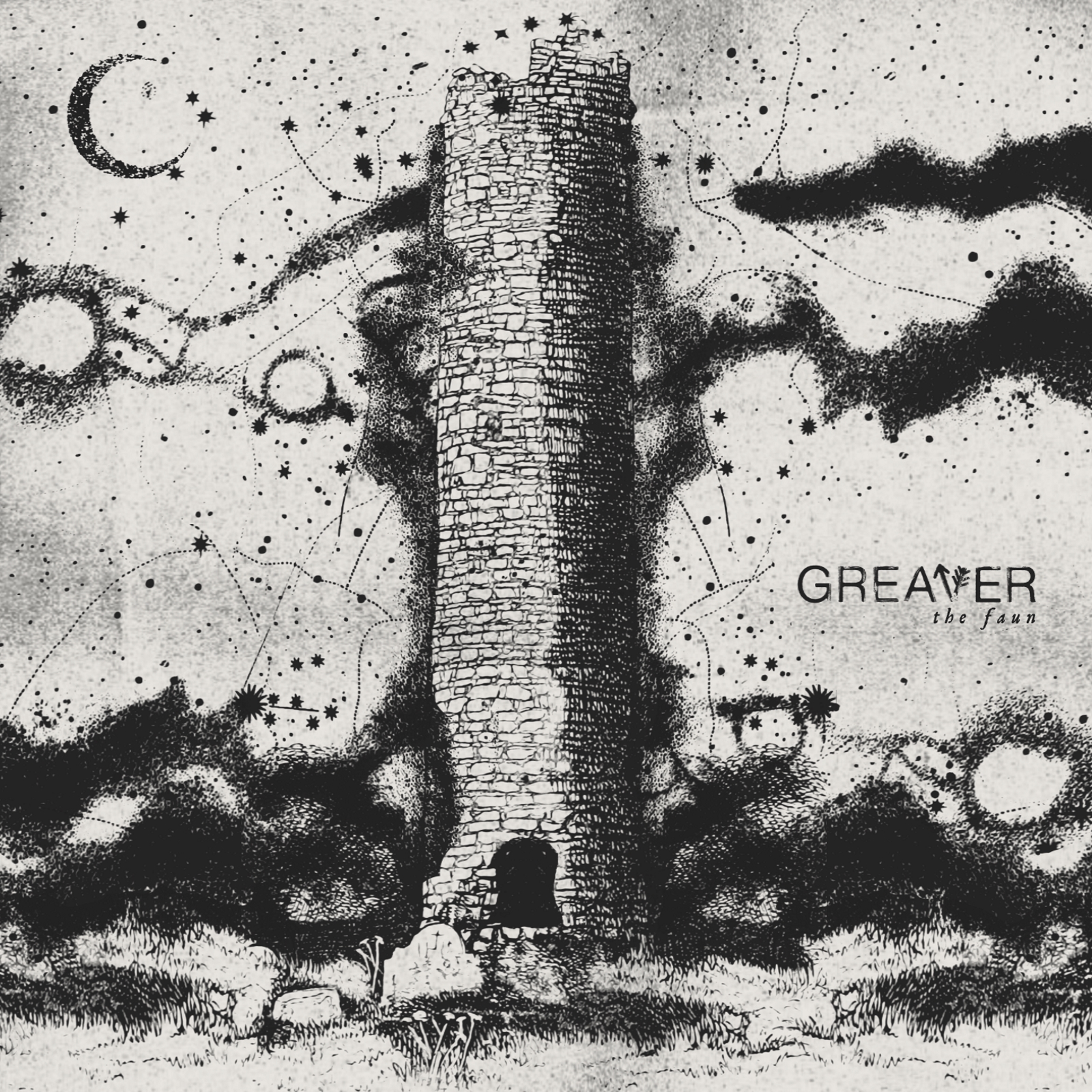 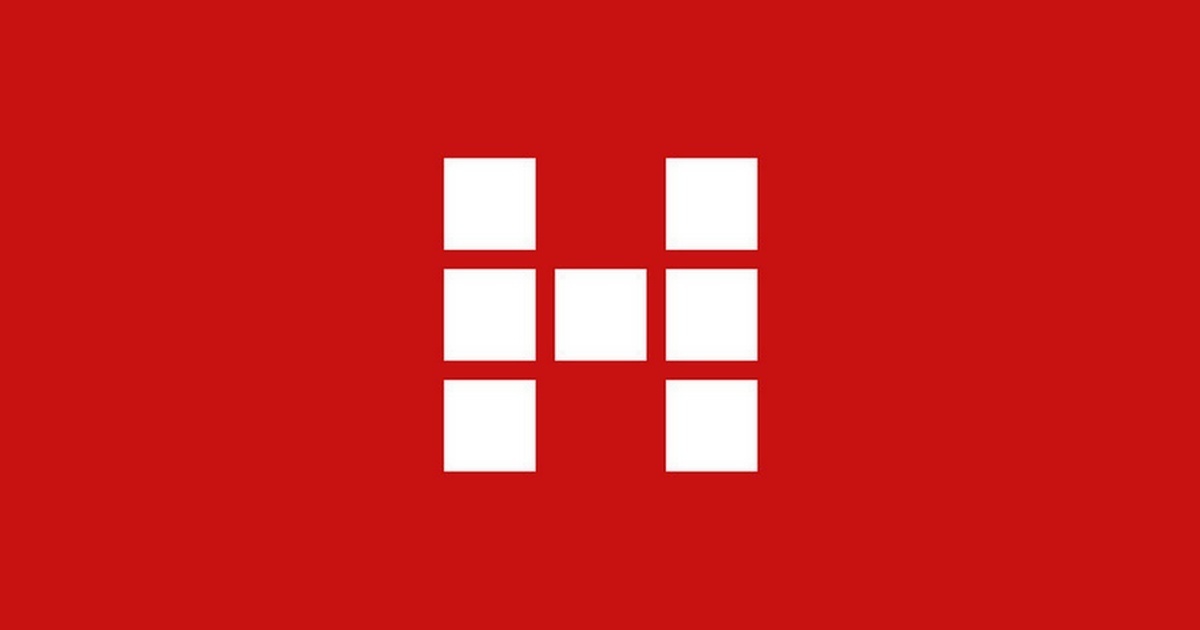 Night one of Hopscotch Music Fest is in the books for us here at Cardigan Records. Needless to say it was full of late night Chinese food and a cracked iPhone 6.

If you have plans on going to night two of Hopscotch tonight then you don't want to miss Must Be The Holy Ghost playing at King's Barcade at 9pm tonight!

On Saturday, we will be hosting our 3rd annual Hopscotch Music Fest day party with our friends at Deep South The Bar from 12pm-5pm with music from Professor Toon, Greaver, Iselia, BiggBrad, Eggy Strange and ipretend surprise!.  As always the day party is FREE so no excuses not to come out and hang with us.

Also on Saturday, Must Be The Holy Ghost and Youth League will be performing at 9pm at Satellite Bar and Lounge.

We definitely don't want to leave our west coast friends out... Tonight, Friday, Sept. 11th, Time Spent Driving will be celebrating their release of Passed & Presence at the Crepe Place in Santa Cruz, CA with Beach Fuzz and Wally Joyner.  The party kicks off at 9pm.

Cardigan Records has once again partnered with DURM Hip Hop Summit Co-Founders, Professor Toon and The Real Laww to bring you a night to celebrate the 5 Pillars of Hip Hop in Durham, NC.

The 2015 DURM Hip Hop Summit is bigger than ever. This year's event is presented by our friends over at K97.5 FM and brought to you by Fresh Empire.  We now have two nights of live entertainment kicking off Friday, August 14th at 8pm at Motorco Music Hall. We have also added a Durham Central Park event on Saturday, August 15th from 4pm - 8pm to compliment the Saturday night club shows.

We are very excited to announce the release of Time Spent Driving's brand new album, Passed & Presence. The album is available at all of your favorite digital outlets worldwide.  You can also download the album directly from us or pick up your limited edition signed CD from the band at CardiganRecords.com. 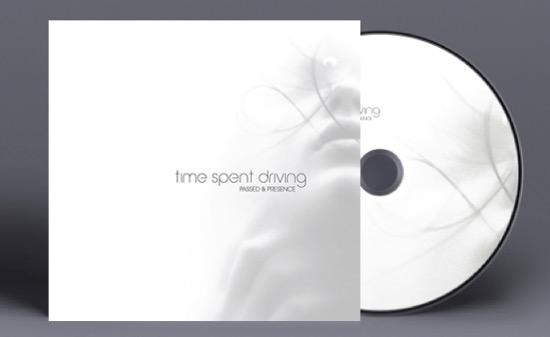 Time Spent Driving, the emotive post-punk group from Santa Cruz, California, has signed with North Carolina record label Cardigan Records and will release a brand new album on 7/21 entitled Passed & Presence. Pre-orders for the record are set to launch on 6/29 via the iTunes, but you can pre-order your copy here today.

"Cardigan Records is very excited to have Time Spent Driving join our family," says Founder/CEO Shane Kelly. " I’ve been listening to their albums for years now and I am very fortunate to share the unfeigned journey that is Passed & Presence with you."

Time Spent Driving released a track from the upcoming album back in November to give eager fans a taste of what's to come. Stream "Weight of the Water" below. 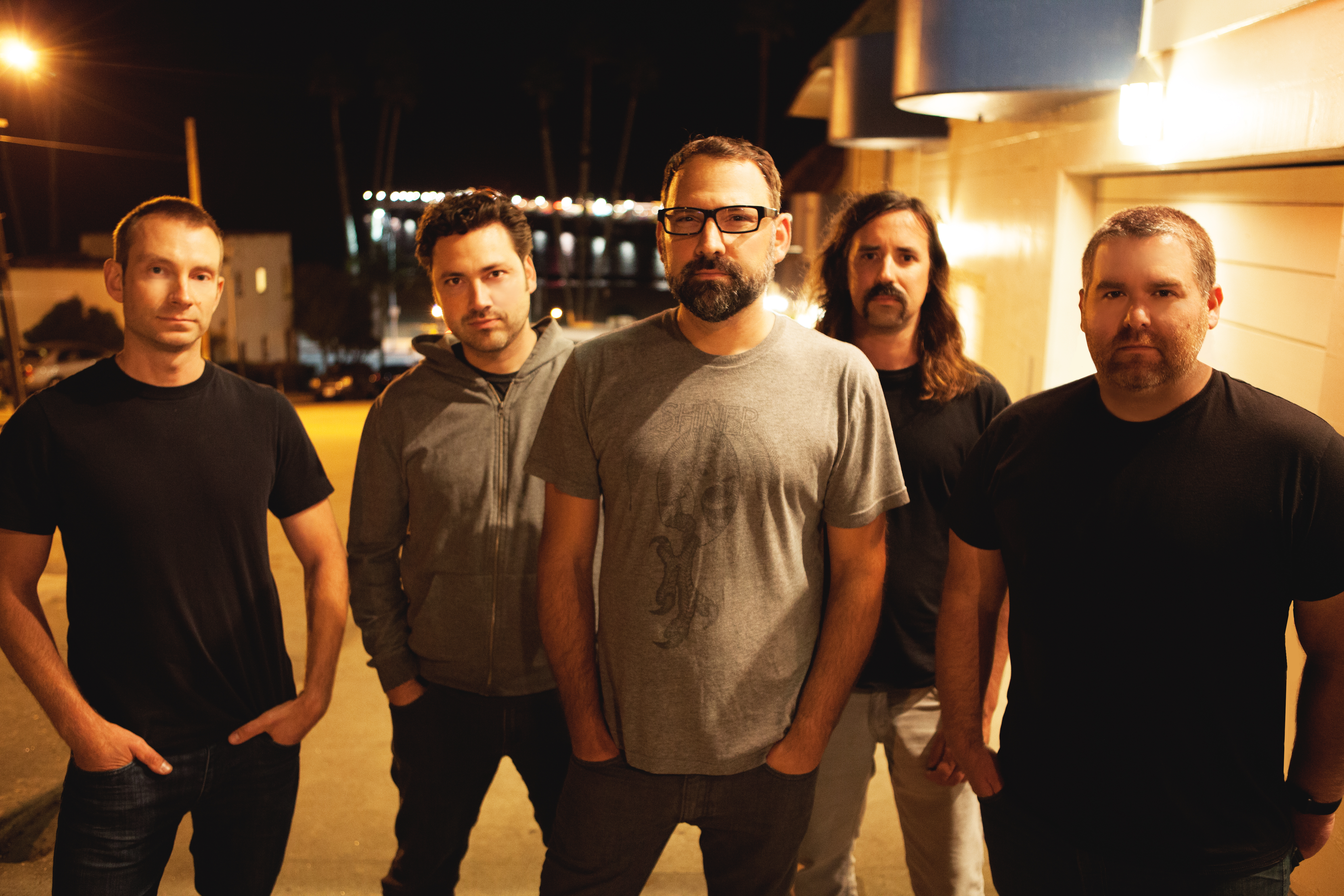 Iselia has released the song “First Strike” from their upcoming two song EP Lost Star. You can preorder Lost Star. Lost Star is a two song EP featuring brand new single "First Strike" and a new version of "Brave Vespria". The official release of the EP is due out on June 16th. Clocking in at two and half minutes, “First Strike” packs in the intensity and dynamics of bands like Pianos Become The Teeth and La Dispute. Stream the song below.

“The track title ‘First Strike’ is the first new song we’ve written since our sophomore album, II:Dawn was released.” says vocalist Molefi Ramos. “Lost Star is loosely inspired by the story behind the game Tales of Vesperia and ‘First Strike’ is like a call to action. As a town’s only source of power is stolen from them the protagonist rounds up any allies he can to fight to take it back. ‘First Strike’ is the song they would fight to.”

Iselia will be busy this summer touring the east coast in support of the new release.

Bear Girl fuse elements of math rock and indie pop in their new music video for "Occurrence IV - The Quintessential End". The song is off the band's sophomore EP Le Fantastique and features Trevor Bartlett from the band Author. Filming took place at a live gig in the group's hometown at Glow In The Dark Studios. Austin Taylor captured and edited the sonic assault.

"Austin did a great job in translating the frantic and stimulating vibe this song exudes. It's real live footage cut like a horror movie and it's the perfect fit for 'Occurrence Four'." - Bear Girl 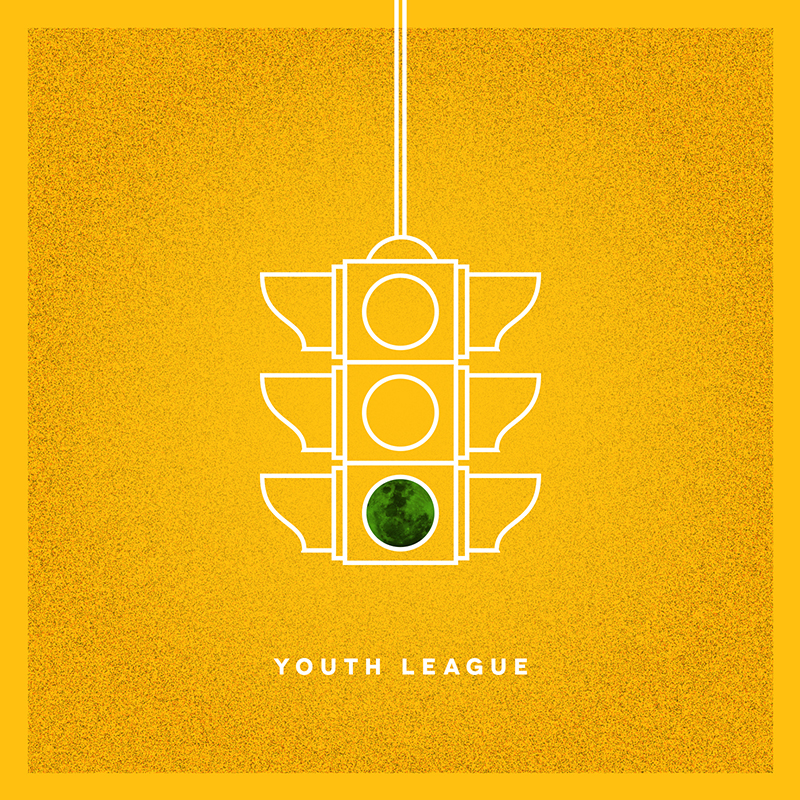 Happy Album Release Day!!! Today Youth League released their debut, First EP, on Cardigan Records. You can order both physical and digital copies at cardiganrecords.com or on iTunes or whichever digital outlet you prefer.  You can also pick up a copy of their CD on their NC/VA run with Iselia, Bear Girl and ipretend surprise! this week. Dates below:

Don't forget tonight in Baltimore, MD at Ottobar as Must Be The Holy Ghost kicks off their North American tour with He Is Legend.  Head on over to www.mustbetheholyghost.com for more info and dates.

Must Be The Holy Ghost will be hitting the road this spring supporting He Is Legend on their North American tour.

Don't forget to check out Must Be The Holy Ghost 's video for "Immoral Support". 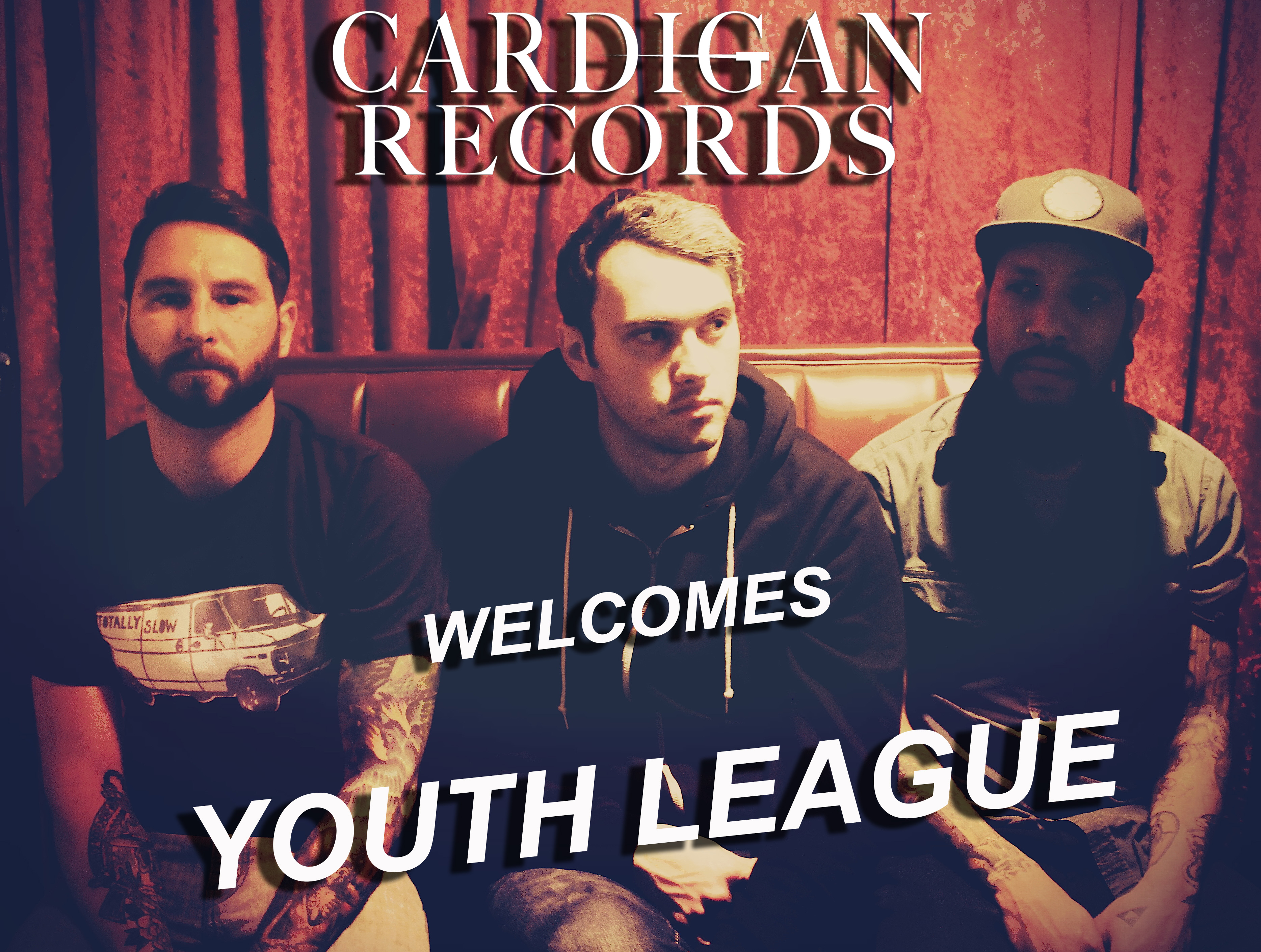 Youth League, the post-pop trio from Wilmington, NC, has joined the roster at Cardigan Records. Brothers Mike and Zach Large, on guitar/vocals and drums respectively, formed the band in 2014 from the ashes of math aggressors Virgin Lung. They brought in bassist Jaffar Omar Obi Castillon-Martinez and created songs which defy the conventions on which they're built, yet hit the ear with a natural familiarity.

Their debut EP First will be released on 4/21. You can preorder First HERE . The six track record clocks in at just 16 minutes and marries rough punk edges with pop sensibility.

Please welcome Youth League to the Cardigan Records Family by following Youth League on Twitter at @youthleagueband and liking them on Facebook HERE.

From the opening beat to the culminating screams, Must Be the Holy Ghost‘s “Immoral Support” is a slow-burn of a track, digging its roots into the darkest depths of the listener’s soul. Today (March 3), Diffuser is ecstatic to give you the official music video for the song, a similarly infective experience — you can take the ride above.

As the mastermind behind Must be the Holy Ghost, Jared Draughon has crafted a signature sound surrounding layers and layers of electronic rhythms blended with never-ending guitars and powerful vocals.

As for the new video, much like his music, it’ll likely require repeat viewings.

“It’s either a pimp’s bad acid trip or a musical narrative unveiling multiple personalities in a psychedelic and unsustainable relationship,” he laughingly explains, albeit somewhat cryptically. “This was one of the most enjoyable projects I’ve been a part of. The Gorbachov brothers and I took a crazy idea and ran with it.”

That “crazy idea” is rooted in his music, Draughon says. “It’s a very musical video, so many of the shots are cut on beats and the projections breathe with the pulse of the song.” - Diffuser.FM